Long time ago i developed WVNC, a simple protocol based on Web socket that allows to connect to VNC server from browser. WVNC consist of

The protocol works really well for my personal need as i used it on a daily basis to access to my VNC home server from work :), using nothing but the web browser. However, setting up WVNC from scratch is not a trivial task, as it depends on my Antd server which is not a popular web server, thus Stack overflow is not an option :). I've received many contacts from readers on the howto instruction.

As WVNC is finally a part of AntOS eco-system, and AntOS is available as an all-in-one docker image, anyone can now easily run their own web-base VNC client via a single command line without the headache of building every thing from scratch.

The all-in-one AntOS docker image contains every thing needed to host an AntOS VDE system with the WVNC server side plugin pre-installed. It is really easy to setup and run a container of this image since every thing is pre-configured in the image.

Then, execute the following command

This command will run an AntOS docker container and mount the working directory to the container as a volume. Change /tmp/antos to your own working directory. The default credential used connect to AntOS VDE can be configured via the environment variables ANTOS_USER ans ANTOS_PASSWORD which are demo/demo in this example.

If one wants to run a container with docker compose, create the following docker-compose.yml file:

AntOS is now accessible via http://localhost:8080/os/ or using IP address http://MACHINE_IP:8080/os/ on browser

2. Connect to remote VNC server with the RemoteDesktop AntOS application 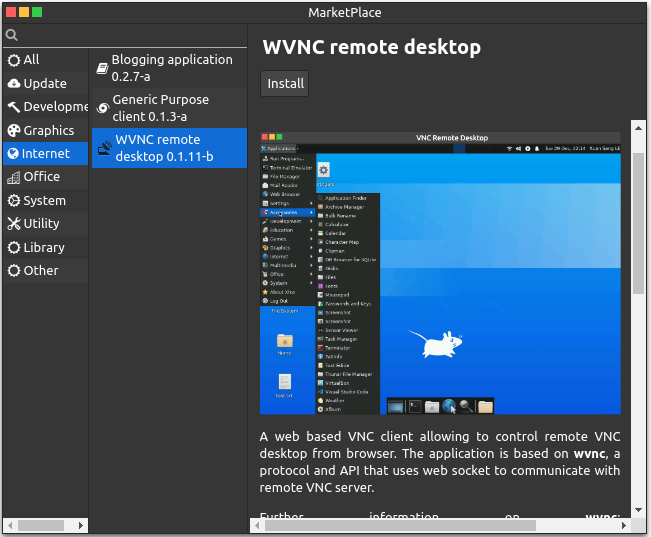 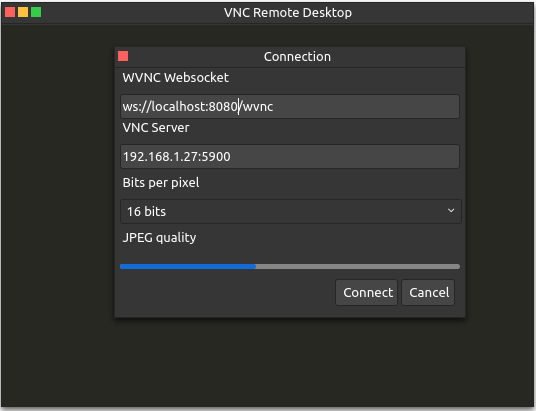 On the dialog enter the following information:

Click Connect and you are all set, the application may require you to enter VNC user name and password depending on the server setting. 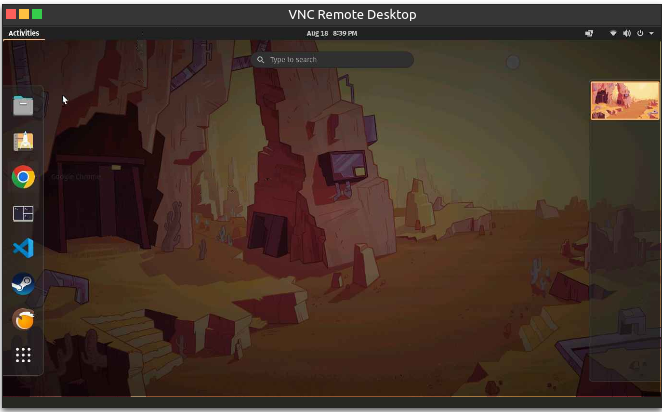 If you encounter any problem, leave me a comment or open a github issue on https://github.com/lxsang/antosdk-apps

The comment editor supports Markdown syntax. Your email is necessary to notify you of further updates on the discussion. It will be hidden from the public.
Powered by antd server, (c) 2017 - 2023 Dany LE. This site does not use cookie, but some third-party contents (e.g. Youtube, Twitter) may do.